China lost its Yangtze River dolphin. Climate change is coming for other species next

They called it the “Goddess of the Yangtze” – a creature so rare that it was believed to bring fortune and protection to local fishermen and all those lucky enough to spot it.

But overfishing and human activity drove it to the brink of extinction and it hasn’t been seen in decades.

“The baiji, or Yangtze River dolphin, was this unique and beautiful creature – there was nothing quite like it,” said Samuel Turvey, a British zoologist and conservationist who spent more than two decades in China trying to track the animal down.

“It was around for tens of millions of years and was in its own mammal family. There are other river dolphins in the world but this one was very different, so unrelated to anything else,” Turvey said. “Its demise was more than just another species tragedy – it was a huge loss of river diversity in terms of how unique it was and left huge holes in the ecosystem.”

Experts have expressed grave concern that other rare native Yangtze animal and plant species are likely to suffer a similar fate to the baiji river dolphin as worsening climate change and extreme weather conditions take their toll on Asia’s longest river.

China has been grappling with its worst heat wave on record and the Yangtze, the third longest river in the world, is drying up.

With rainfall below average since July, its water levels have plunged to record lows of 50% of their normal levels for this time of year, exposing cracked river beds and even revealing submerged islands.

The drought has already had a devastating effect on China’s most important river, which stretches an estimated 6,300 kilometers (3,900 miles) from the Tibetan plateau to the East China Sea near Shanghai and provides water, food, transport and hydroelectric power to more than 400 million people.

The human impact has been enormous. Factories were shut to preserve electricity and water supplies for tens of thousands of people have been affected.

Less talked about, experts say, is the environmental impact that climate change and associated extreme weather events have had on the hundreds of protected and threatened wildlife and plant species living in and around the river.

“The Yangtze is one of the world’s most ecologically critical rivers for biodiversity and freshwater ecosystems – and we are still discovering new species yearly,” said conservation ecologist Hua Fangyuan, an assistant professor from Peking University.

“Many of the little (known) and unknown fish and other aquatic species are most likely facing extinction risks silently and we simply do not know enough.”

Over the years conservationists and scientists have identified and documented hundreds of wild animal and plant species native to the Yangtze.

Among them are the Yangtze finless porpoise which, similar to the baiji, faces extinction due to human activity and habitat loss, and critically endangered reptiles like the Chinese alligator and Yangtze giant softshell turtle – believed to be the largest living species of freshwater turtle in the world.

Experts have also noticed a drastic decline of many native freshwater species of fish, like the now extinct Chinese paddlefish and sturgeon.

At high risk is the Chinese giant salamander, one of the largest amphibians in the world. Wild populations have crashed, Turvey the zoologist said, and the species is “now on the verge of extinction.”

“Although they are a protected species, Chinese giant salamanders are under greater threat from climate change – increasing global temperatures and droughts will definitely do it no good when it is already extremely vulnerable,” Turvey said.

“They have for a long time faced threats like poaching, habitat loss and pollution but when you add climate change into the mix, their chances of survival become drastically thin,” he added.

“They can only live within freshwater environments and lower water levels would inevitably place greater pressure on their numbers across China.”

Nature conservation groups like the World Wildlife Fund (WWF) say the Yangtze’s plight is a major concern not only for the Chinese people and government, but also for the wider international community.

“Rivers around the world, from Europe to the United States, have declined to historically low flow levels that are negatively impacting ecosystems,” said its lead scientist Jeff Opperman. 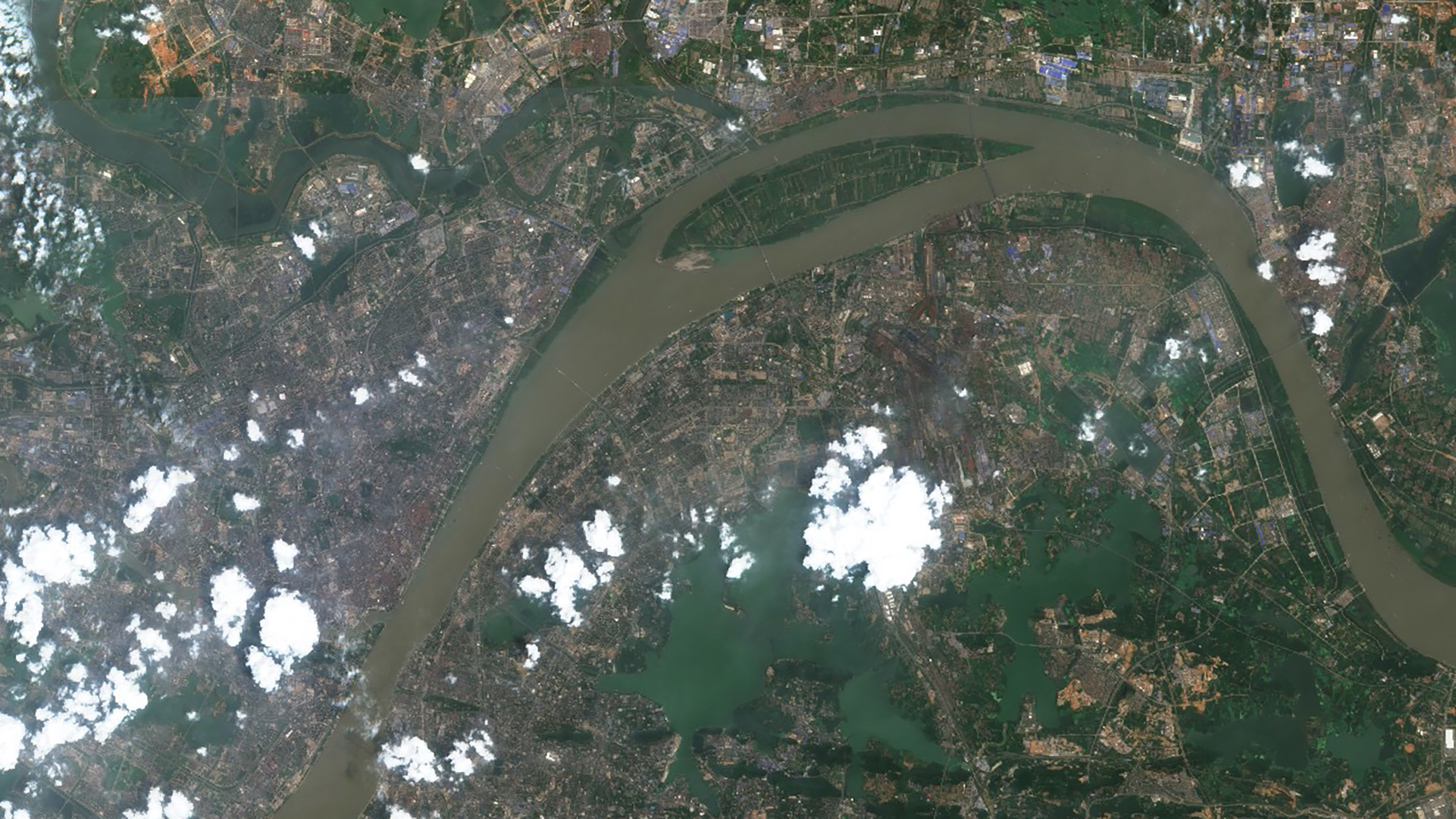 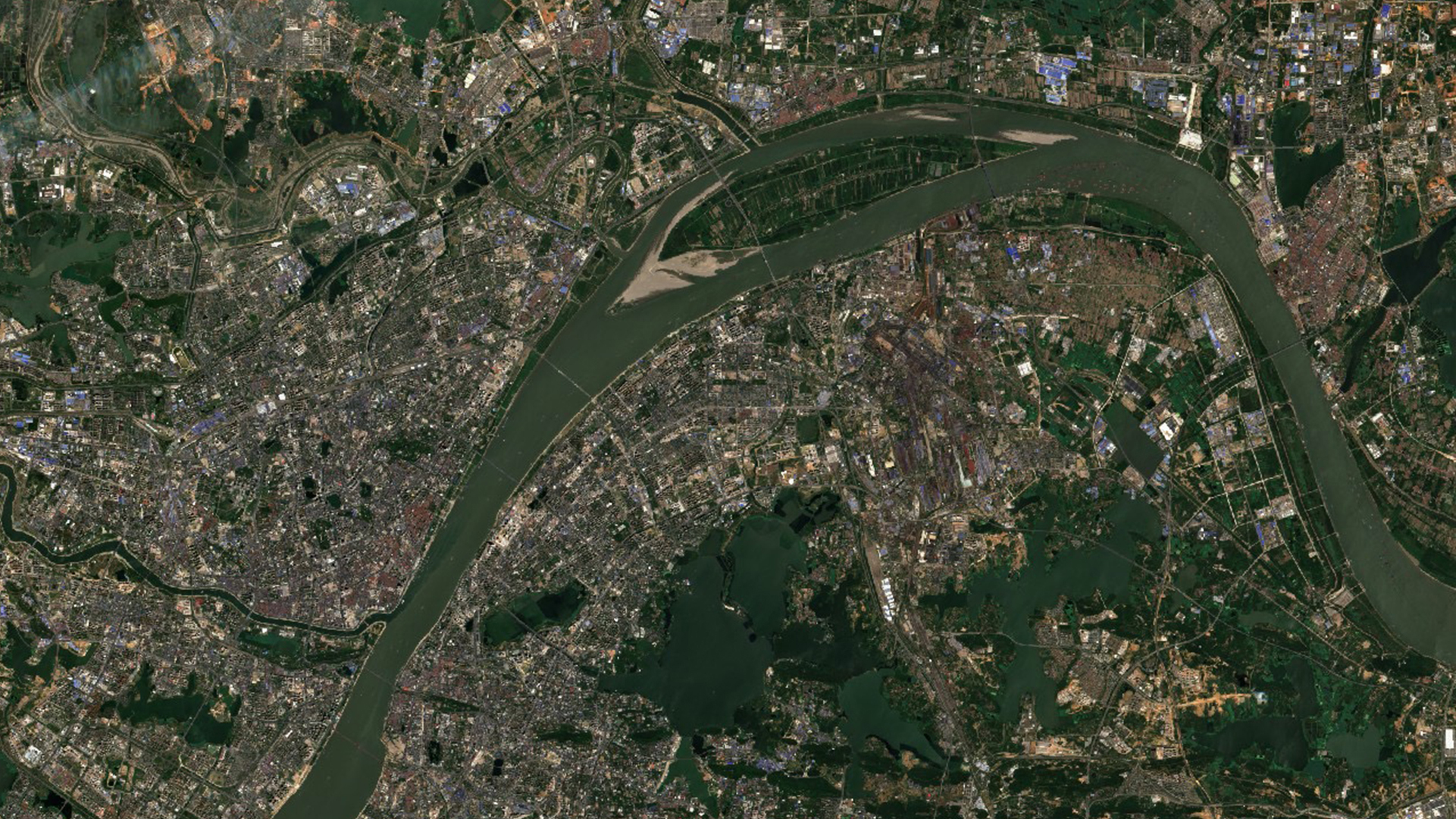 “Reduced river flow and warmer waters in the Yangtze are a threat to freshwater species and increase pressure on already critically endangered animals like the remaining Yangtze finless porpoises and Chinese alligators left in the wild. Lower river levels also impact the health of (nearby) lakes and wetlands, which are vital to millions of migratory birds along the East Asian Flyway.”

Hua, the conservation ecologist, said more public awareness and greater efforts were needed to help China’s shrinking great river. “Humans depend on nature for survival, period. This is a lesson for any civilization,” she said.

“The Yangtze is the longest river in China and (all of) Asia and has long been a cradle of civilization. Despite severe conservation threats and losses over the years, there is still much biodiversity to conserve in and along the Yangtze.”

Few would deny the importance and symbolism of the Yangtze. But experts say unless action is taken – and soon – more species will follow the fate of the baiji and Chinese paddlefish.

Turvey, the British zoologist, warned against the sort of complacency that allowed the baiji to disappear.

“The Yangtze was a jewel in Asia’s crown. There is still so much biodiversity to fight for and we must not give up hope for saving species like giant salamanders, river reptiles and others,” Turvey said.

“If there’s anything we can learn from the death of the Yangtze River dolphin, it’s that extinction is forever and we can’t afford to take it lightly.”

Ian has weakened to a tropical storm, continues to pummel Florida